Submit Your Gene Set for Analysis with ChEA3

Sorry, there has been an error generating the clustergrammer visualization.
Please to try again.

Transcription factors (TFs) are proteins that control gene expression by binding and unbinding near coding regions to regulate the transcriptional machinery. TF enrichment analysis (TFEA) prioritizes transcription factors based on the overlap between given lists of differentially expressed genes, and previously annotated TF targets assembled from multiple resources. ChEA3 is a web-based TFEA tool. Hence, ChEA3 can aid in identifying the TFs responsible for observed changes in gene expression when comparing control and perturbation samples. In the past, we have developed and published ChEA and ChEA2 which are ChIP-seq enrichment analysis tools made of gene set libraries created from published ChIP-seq data extracted from multiple sources. ChEA3 builds upon these prior versions of ChEA by including more libraries, adding benchmarks, and integrative library analyses.

The ChEA3 web application outputs enrichment results in the form of searchable, sortable data tables for each library and integration method. Using various benchmarks, we found that integrating libraries boosts the performance of ranking TFs correctly.

Transcription Factor Target Over-representation Analysis - The goal of ChEA3 is to predict transcription factors (TFs) associated with user-input sets of genes. Discrete query gene sets are compared to ChEA3 libraries of TF target gene sets assembled from multiple orthogonal 'omics' datasets. The Fisher's Exact Test, with a background size of 20,000, is used to compare the input gene set to the TF target gene sets in order to determine which TFs may be most closely associated with the input gene set.

Input - Users can submit a set of human or mouse gene symbols for transcription factor enrichment analysis. The input gene set can be derived from a variety of sources. Commonly, the gene set may be a set of differentially expressed genes, with the goal of forming hypotheses about which TFs might be responsible for the changes in gene expression. However, input from GWAS studies or whole-genome CRISPR-KO screen hits can be used as input to identify common regulators for these sets of genes.

Benchmarking Predictions - The performance of each library and integration method was benchmarked using 946 single-TF loss-of-function (LOF) and gain-of-function (GOF) experiments mined from GEO with microarray and RNA-seq readouts. These TF LOF/GOF experiments are composed of 503 mouse experiments and 433 human experiments. Gene sets were generated from the differentially expressed genes of these experiments and submitted to the ChEA3 API. The positive class consists of ranks assigned by ChEA3 to the TF perturbed in each experiment. The negative class consists of ranks assigned by ChEA3 to TFs not perturbed in the experiment. The areas under the receiver operating characteristic (ROC) and precision-recall (PR) curves were used to evaluate how well ChEA3 ranked the true perturbed TF. Each library has a different number of TFs covered. To enable comparison, the negative class was downsampled to the size of the positive class to generate PR curves such that a random classifier has an AUC of 0.5. These PR curves were bootstrapped 5,000 times to generate mean PR AUCs and composite PR curves. ROC curves were generated using the same bootstrapping method.

TF-TF co-regulatory networks are dynamically generated using the top results of the selected library. Edges between TFs are defined by evidence from the ChEA3 libraries and are directed where ChIP-seq evidence supports the interaction. The supporting evidence for each edge is summarized in a tooltip that appears upon hovering over each edge. The slider above the network indicates the number of top TF results to include in the network from the library results indicated in the library selection dropdown.

Run ChEA3 Locally - The ChEA3 Docker image is available on DockerHub. In order to run the ChEA3 web application locally, Docker must be installed. To install Docker, please visit https://docs.docker.com/install/.

"Primary" libraries are used by ChEA3 to conduct TF target over-representation analysis, "Benchmarking" libraries were used to benchmark ChEA3, and "Additional" libraries are available as an additional resource to the community.

All contents on this site are covered by the Creative Commons Attribution 4.0 International License. 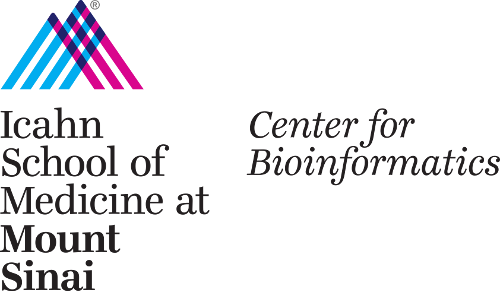